AMAZING FACTS ABOUT DREAM YOU MAY NOT KNOW

Jeremiah 23:28
The prophet that hath a dream, let him tell a dream; and he that hath my word, let him speak my word faithfully. What is the chaff to the wheat? saith the Lord.

Ecclesiastes 5:3
For a dream cometh through the multitude of business; and a fool’s voice is known by multitude of words.

2 Peter 1:20-21
Knowing this first, that no prophecy of the scripture is of any private interpretation. For the prophecy came not in old time by the will of man: but holy men of God spake as they were moved by the Holy Ghost.

The demand for dream meanings are improving rapidly nowadays; Many people, including churches are beginning to understand the fact that dream is actually biblical and its effects on people’s life is also real.

Dream is our spiritual monitor. There is a great power embedded in our dreams. Knowing that dream interpretation is real and places you in a better position to generate your prayers through your dreams.

A person who doesn’t believe in the power of dream may also not believe in warfare prayers. This is because the two goes together in winning spiritual warfare (Eph 6:12).

God may use dreams, visions or revelation to speak, encourage you, and also uses it to warn people of an impending danger. Becoming an interpreter of your own dream is a big challenge to so many people.  There are many people that usually dreams but they don’t know what it actually meant. This quickly open your spiritual eyes to the things of the spirit and the next prayers of inquiry to take.

God is a good God and does not  want us to be in darkness or ignorant of our dreams. For example, if you find it difficult to remember your dream or you do not dream at all, it means the enemy has damaged or erased your spiritual monitor, so that you would not know what is wrong. This is a very dangerous position to be because, if God show you something, the question is, how would you know on time?

Dream interpretation benefits us in many ways. As I will continue to say, the most important thing to remember about spiritual activity is that dreams show us what we cannot see. One of the facts many people do not know about dream is that, for example, a dream about yourself can mean a dream about your family, friends etc. A dream where a family died, could also mean a dream where your hopes are gone.

If you want to know or understand what’s going on in your spiritual world, then you must be a dreamer like Joseph, that’s another amazing facts. In order to embrace the true concept of dream, you must drop or put aside your church doctrine and focus on yourself well. It is a lamentable situation to see some Christians being subjected under the believe of their pastors that dreams are just fallacy.

When  you easily ignore dream purposely, then praying against evil dream can be a major challenge. You can only pray against what you understand. And as such, inability to confront your dream can risk your chances of satanic bondage and manipulation. The sleeping process is more complicated than some may think.  Because it’s an activity you don’t have full control over except through prayers and fasting. Many things happen during sleep to keep our being in contact with the spirit world. 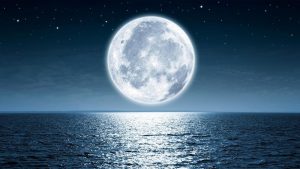 Interesting facts about dreams and what they mean

Fact 1: Numbers 12:6
And he said, Hear now my words: If there be a prophet among you, I the Lord will make myself known unto him in a vision, and will speak unto him in a dream.

Fact 2: Genesis 20:3,
But God came to Abimelech in a dream by night, and said to him, Behold, thou art but a dead man, for the woman which thou hast taken; for she is a man’s wife.

There have been some cases where people have claimed to have dreamt things that turned out to actually happen later in real world. Some say it is coincidence, while others say it is spiritual. My personal observation has found out that most dreams include negative emotions. 50% of all dreams are normally evil.

In a study that was conducted, the common emotions that people experienced during their dreams were sadness, anger, fear, and anxiety. It is important that you know what dream can disorganize your emotion. If you wake up from a terrible dream and you are scared, you should take that dream serious. It is a bad signal for bad dream to become your foundation.

When there are too many nightmares pursuing you, many things would go wrong and there is possibility that you cannot shine or fruitful. The yoke of evil dream is a reflection that ancestral powers have placed your destiny in a wrong place. This is why the enemy will cause you not to triumph.  Once you have no power to control your dream, then it symbolizes the serpent has swallowed your glory.

If you notice that your prayer is no longer defeating these powers, know that the enemy has stolen your prayer authority and power. You must stand up and start fighting. Let it be clear to you that the enemy does not want you to obtain your deliverance. The bad spirit that troubled your parents and other people in your family line will continue to trouble you too because you are sharing the same blood line.

Romans 8:28 “And we know that in all things God works for the good of those who love him, who have been called according to his purpose.”

A person operating under a family curse is easy to recognize, because he will be struggling against something, and will be unable to master the thing and overcome it. At the point of success, frustration comes in because the curse is limiting that person. Take for example, if a family is placed with generational curse of having bad dreams, this is true especially when there are more problems than breakthroughs in the family.

However, this curse will cause innocent children not to see headway in whatever they do, all their attempts to prosper, marry, progress, will prove abortive. There is no bad dream without a demon attached to it and there is no dream without a source, whether good, bad or meaningless dream. It is the demon attached to nightmares that will make sure that terrible things happen to the person and his household.

The moment battles are surrounding you back to back as a child of God, then you need serious deliverance and prayers.  The devil causes many people to suffer in the midst of their season and forces them to forget their dreams because he knows that if they wake up and remember their dreams, they will cancel them, break them and return them to the sender. This is a serious war!

This is why many great destinies are suffering, begging and disappointed. As a matter of fact, many people are daily backsliding when help is far away from them. This is a disturbing act that is not so pleasing in the eyes of the Almighty God.  We pray, fast, sing to the Lord in praise and worship, and yet the troubles looks more compounded. There is a good news for you, the Bible says, fear not (”…Fear not: for I have redeemed thee, I have called thee by thy name; thou art mine”.)

There are so many different amazing facts about dreams.

First, Pharaoh had a dream which Joseph carefully interpreted as true. God’s purpose was to raise Joseph to second-in-command over Egypt and to save the Egyptians and the Israelites from a horrible famine (Gen 41).

Secondly, Joseph would have divorced Mary when he found out she was pregnant, but God sent an angel to him in a dream, convincing him that the pregnancy was of God. Joseph went ahead with the marriage (Matthew 1:20; 2:13 ). Thirdly, the Lord appeared to Solomon in a dream by night, saying, ”ask what I shall give you (1 Kings 3:5).

Fourthly, In Daniel 2, God placed Daniel in a position of power and influence by allowing him to interpret a foreign ruler’s dream (Nebuchadnezzar). With this help, Daniel became more powerful and rewarded;

Fifthly, (Genesis 28:10-17), Jacob, with his mother’s help, stole Esau’s firstborn inheritance. Jacob then fled Esau’s anger, and on his journey he had his famous dream of a ladder reaching to heaven on which angels ascended and descended. In this dream, Jacob received God’s promise that Abraham’s blessing would be carried on through him.

Sixty, Abraham’s wife, Sarah, was beautiful—so beautiful that when Abraham came into a new area he occasionally feared that the local ruler would kill him and take Sarah for himself. Abraham told Abimelech king of Gerar that Sarah was his sister (she was his half-sister).

Abimelech took Sarah into his harem, but God sent him a dream telling him not to touch Sarah because she was Abraham’s wife. The king returned Sarah to her husband the next morning; the dream had protected Sarah and safeguarded God’s plan for Sarah to be the mother of His chosen people (Gen 20:1-7).

WAY OUT OF DREAM ATTACK

Matthew 12:43-45
When the unclean spirit is gone out of a man, he walketh through dry places, seeking rest, and findeth none. Then he saith, I will return into my house from whence I came out; and when he is come, he findeth it empty, swept, and garnished. Then goeth he, and taketh with himself seven other spirits more wicked than himself, and they enter in and dwell there: and the last state of that man is worse than the first. Even so shall it be also unto this wicked generation.

DID YOU KNOW…… DREAM RELATED FACTS YOU MAY NOT KNOW 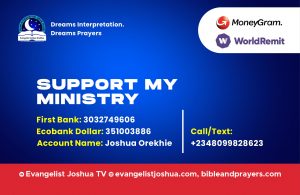 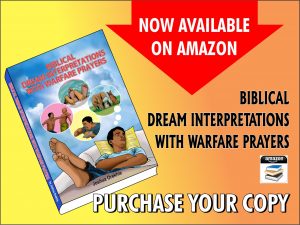